“Do not now be stiff-necked as your fathers were, but yield yourselves to the LORD
and come to his sanctuary, which he has consecrated forever,
and serve the LORD your God …” – 2 Chronicles 30:8

“You stiff-necked people, uncircumcised in heart and ears,
you always resist the Holy Spirit.” – Acts 7:51a

An interesting thing happened at the end of our women’s conference this year. As the speaker closed in prayer, she asked the Lord why so many of us have so much head knowledge and so little heart knowledge, and she felt God say, “It’s because you’re stiff-necked.” Now, this caught my attention because number one, she was teaching on Mary and Martha, not Exodus. Number two, it seemed very directed to us. And number three, stiff-necked is not something I want to be.

I see three types of responses we could have to something like this:

Discernment. How does this line up with God’s Word? Could this be true of us? Is this true of me? 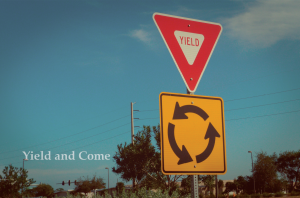 We all have the capacity, even the proclivity to be stiff-necked. In fact, God’s people are infamous for it. For 400 years, the Egyptians had enslaved God’s people, forcing them to work endlessly making bricks to build the kingdom of Egypt. They cruelly murdered the Hebrew baby boys, fearful, because the people were growing too numerous. God’s people cried out to him, and God heard and acted. He staged a rescue mission that in the coming generations would be his prime instrument for conveying his eternal plan of salvation. God was orchestrating a stunning masterpiece, and this was the prelude.

It began with the plagues he brought on the Egyptians that destroyed their land, culminating in the angel of death who killed every firstborn unless they were covered by the blood of a lamb on their doorpost. Then there was crossing the Red Sea on dry land, which ended in the drowning of the Egyptian charioteers. There was bitter water made sweet, bread from heaven, and water from the rock. God led his people with a pillar of cloud by day and in a pillar of fire by night. He provided Moses as prophet and intercessor on their behalf. And God graciously provided a pattern of worship to show them how they could have a relationship with him.

But the people were stiff-necked (Exodus 32-34). In spite of all God’s demonstrations of power and provision, they demanded their way, in their timing. They refused to live by faith. And because of that, they never entered the Promised Land (Hebrews 3:19).

Over 400 years later in 2 Chronicles, at the dedication of the temple, Solomon warns the people not to be stiff-necked like their ancestors, but to yield to God. Centuries later, Stephen accused the Jewish leaders, right before they stoned him, of being stiff-necked, always resisting the Holy Spirit. They too refused to live by faith. Like their ancestors, they would not yield to God and believe him.

According to the dictionary, to yield is: 1. to give up as to a superior power or authority, 2. to give up or surrender, 3. to relinquish or resign.

The superior power that we are to surrender to and relinquish control to is not an enemy who is against us, but is our Father, the all-powerful God, who is full of wisdom and knowledge and understanding, who is also gracious, merciful, full of compassion and steadfast love for his own. There is no better alternative.

In 2 Corinthians 5:7, Paul says, “We walk by faith and not by sight.” This is the Christian life. Faith is what pleases God (Hebrews11:6). Trusting in his promises, believing him when all appearances are to the contrary, yielding to God’s ways when we don’t see the logic or benefit.

If you’ve ever driven outside of the U.S or even outside California, you might have come across a roundabout. A roundabout is a circular intersection where drivers travel counterclockwise around a center island. There are no stop signs or traffic signals. They are an ingenious little solution to keep traffic flowing at intersections and prevent serious accidents. Now the key to these little marvels of modern travel is the willingness to yield. As cars enter the circle, the other cars already in the circle have to yield—the refusal to yield results in chaos. To keep the flow going there is a constant yielding going on.

Constant yielding is what keeps the power of the Holy Spirit flowing in our lives. We can accumulate knowledge until our brains are full, but if we don’t humbly yield our hearts and wills to God and his ways every day—every moment, we will become stiff-necked, resisting the Holy Spirit and distant from God.

God invites us to yield to him and come into his presence. Let’s pray and ask God to give us the grace and humility to do just that.

Through Him and to Him,

← Graduation Recognition 2019
The Myth of the White Hat →
Northpoint Church