Do You Know What I Know?

Do you see what I see? Christmas is a season for children. Gaze on a sleeping infant—so vulnerable, sweet, seemingly so innocent. We project all of our hopes on these tiny new members of our homes. Teach them well. Raise them with love. Transfer good values and provide a positive example so they’ll make us proud and encourage our hopes for the future.

But earthly hopes are born to conflict. Not everyone aspires to good things. Setting aside the reality of original sin—which shows up ever too quickly—newborn innocents enter too soon into the everyday battle of good against evil. Everything from playground tussles and pressure from peers to gangs and the war on drugs will assail our treasured newborns in a few short years. Innocence is an embattled commodity.

An ugly thought at Christmas, but don’t forget the ugly backdrop of the nativity. The slaughter of the innocent children of Bethlehem and Rachel weeping for her children, refusing to be comforted, because they are no more (Matthew 2:18) haunt Christmas’ idyllic tale and reveal the ugly reason why Christ came to earth. Man’s battle against evil is not going well—not really. 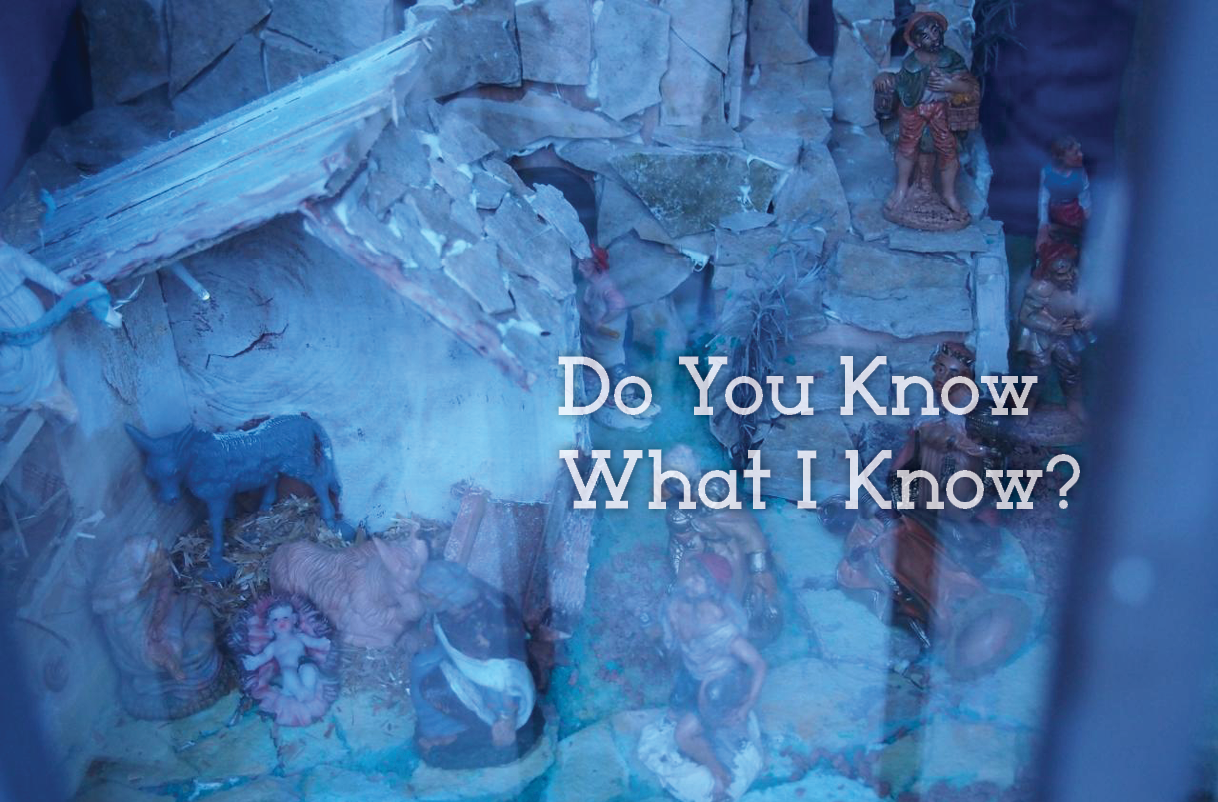 Even when good prevails over evil, innocence is lost, and corruption progresses. Winning requires gaining an advantage. This world is given over to the devil, and in this world, an advantage costs a little bit of your soul.

The invention of the stirrup gave the Mongols an advantage they used to strike fear into the civilized world. The English developed the longbow and used this advantage to control the world. Eventually, this arms race brought destruction to a staggering scale as “good” determined to gain mastery over “evil.” Only seven decades ago, after 70 million deaths, “good” gained advantage over “evil” and brought the horrors of the nuclear age. Death and destruction are the logic of fallen humanity.

Do you hear what I hear? False hope abounds. Faith in the goodness of humanity is becoming increasingly insistent as if just believing harder will change human nature and the clear trajectory of human events. As if blowing harder could extinguish a wildfire. The cost of hope is an emphatic denial of reality.

But Christmas brings joy like a refreshing breeze to our stifling days. And Joy is no denial of reality. Joy is the entrance of eternal reality into the stuffy confinement of daily events. God entered our race with the birth of the Child Christ and through Him, the reality of God’s Redemption.

In October 1962, the music industry commissioned a couple to write a Christmas song. The sight of children being strolled around the streets of New York brought no inspiration. It was the days of the Cuban Missile Crisis, and the shadow of nuclear holocaust—a very real possibility—hung over the world. But finally, the couple produced a song that is popular to this day. Its climax is the earnest plea, “Pray for peace, people everywhere!” This carol turns our hearts in the right direction—to God.

Do you know what I know? Our message of hope to the world is the good news of who Jesus Christ really is. What He accomplished for lost humanity is the basis for eternal confidence. His birth brings “good news of great joy … for all the people” (Luke 2:10).

Because Jesus lived His life on earth as God the Son, fully divine and fully human, His death was sufficient payment for the cumulative weight of all the evils of all humanity for all time—including yours and mine. In Christ, faith doesn’t deny reality. It grasps the accomplished and documented reality that Jesus Christ died for the sins of the world and rose from the dead in victory over sin and death.

The tiny Baby in the manger would eventually astonish His disciples by uttering two commands from a small boat in a very large storm. In response to His disciples’ plea for salvation, He ordered the storm to “cease,” and it did, then He commanded the wave to “be still,” and they were.

Listen to what I say! One day, Christ will speak again. He will “speak peace to the nations,” and like the storm and sea, they will obey the voice of our Savior and Lord. Then and only then, will all the earth find peace through Christ the King and cry, “Glory!”

To the praise of His glory,