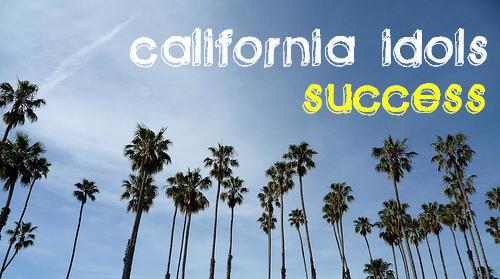 The movie, “Chariots of Fire”, is one of my favorite movies.  It makes me want to go run every time I watch it.  This movie tells the true story of runner Eric Liddell, a man who loved God and was a gifted runner.  Liddell is known for refusing to run on a Sunday during the 1924 Summer Olympics…a decision which cost him the race, but which God blessed by giving him the opportunity to run another race which he won.  On the same English team as Liddell is another runner, named Harold Abrahams.  Although they are good friends, Abrahams is not a God-worshipper and stands in stark contrast to Liddell throughout the whole movie.

Basically, Harold Abrahams runs with a chip on his shoulder…through running, he hopes to prove to his father, to his peers, and to the world that he is successful.  As a Jew in the early 20th century (who many people wrongly hated), Abrahams was out to prove himself and be seen as successful.  He believed that if he was seen as successful, he would find meaning in life and have joy.  Success was his idol…and it owned him.

Later in the movie, as Abrahams prepares for a huge race in the 1924 Olympic games, he confesses this to his teammate Aubrey:

“And now in one hour’s time I will be out there again.  I will raise my eyes and look down that corridor; 4 feet wide, with 10 lonely seconds to justify my whole existence. But WILL I?  Aubrey, I’ve known the fear of losing but now I am almost too frightened to win.”

It’s pretty clear that running was Abrahams’ tool for gaining success.  He believed that if he gained success, he would find happiness, joy, and life.  He states this really clearly when he says, “with 10 lonely seconds to justify my whole existence.”  Abrahams believed that meaning in life would be found in the success of winning a race.  Success was Abrahams’ controlling idol.  It owned him and drove him to train harder than anyone else to gain it.

The sad reality is that when Abrahams gained success, it didn’t bring true life and happiness.  He was still left feeling empty and hopeless and driven to win more races, thinking that would bring life and joy.  Because Abrahams worshiped success, believing it would make his life meaningful and give it joy, he was never able to enjoy running.  He never felt the true joy of running, but instead was an addict to it and was so scared that he would lose.  Instead of bringing joy and making his life meaningful, this idol brought fear and did not allow him to enjoy the gift of running that God had given him.

In contrast to Abrahams is the runner Eric Liddell.  Liddell worshiped God above all else.  He found his life and his joy in God and not in the success of his races.  When asked why he runs, Liddell replies, “I believe God made me for a purpose, but he also made me fast. And when I run I feel His pleasure.”  Liddell did not run to gain success, he ran out of worship to God.  He saw that his gift as a runner was a gift from God and he used that gift as a way to worship God.  The need to win the race or have success did not own Liddell like it owned Abrahams.  In fact, he was willing to forfeit a race when it would have required him to run on the Lord’s Day.  Liddell later went on to give up running in order to go and serve as a missionary in China.  Because Liddell worshiped God and not success, Liddell was actually able to enjoy running!

So, what’s the point?

If you believe that “Success” will bring you joy and give your life meaning, then it is your idol and it will own you.  This will mean…

If you believe that God is your ultimate source of joy and He gives your life meaning… And, if you trust that your life has meaning and you are justified through Jesus, not your own actions, then…

What are other ways, besides running, that we pursue the idol of success?

How do you know if you chasing after the idol of success?